One Pill Could Kill – Colchicine 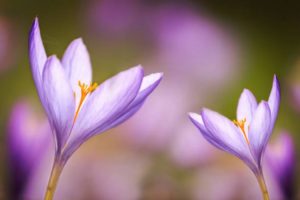 Gout is pain often caused by the buildup of uric acid crystals in major joins such as the knee and big toe. Colchicine is a medication that works to decrease the buildup of uric acid crystals in the joints and limit the pain and inflammation that are normally associated with the crystal formation. Colchicine does this by limiting the multiplication of cell proteins that allow white blood cells to travel to the site of the crystals and contribute to inflammation. Unfortunately, the proteins targeted by colchicine are not only for this purpose. These proteins play a major role in the ability for cells to replicate and divide. Without the ability for cells to replicate, tissues and organs can begin to die. This, combined with the lack of an antidote, means that colchicine overdose is potentially very dangerous. As a compound the same chemical substance can also be found in the Autumn Crocus plant.

No comments yet. You should be kind and add one!

The comments are closed.